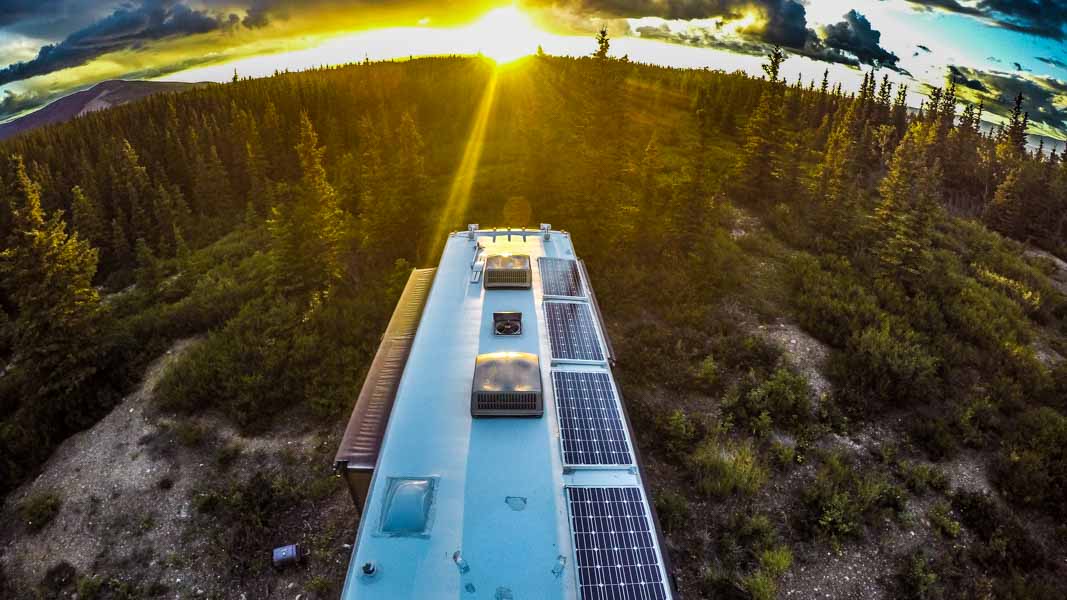 Although there is not much BLM Land in Alaska, there are still a lot of hidden treasures of campsites in the state.  We have found quite a few of them and have been told that there are still others out there that we have yet to find.  But one thing we have learned on this journey is to never give up and never take someone’s word when they say it’s impossible!  Impossible is simply a challenge for us; and we never back down from a challenge!  For this trip, we set out to find free boondocking near Denali National Park.

While we were constantly refreshing our browser to find reservations in Denali National Park, we also wanted to have a backup plan in case we couldn’t get the reservations.  Our backup plan was to get as close to the park as possible so we could then drive into the park and explore.  Although we did get lucky and get reservations inside the park, we stayed at this free boondocking campsite for a few days while we explored and awaited our campsite.

We did fit our 38-foot rig in the spot, although it was tight.  The road was bumpy, but nothing that our Fiat couldn’t handle either.  We would suggest walking the road first before making a commitment, as it is tight to turn around in.  It’s definitely a spot that is worth the look, though.  Just down the dead-end dirt road from the campsite, there is a marshy meadow with tons of wildflowers and beautiful mountain views.  We were hoping to see a moose in the meadow, but we never did despite our constant checking.

There is just one campsite here, but if you can snag it, it’s worth it.  It was about a 15-minute drive to the entrance to Denali National Park from this campsite.  There is a little lake down the road as well, which is open to paddling and swimming.  Overall, this is a pretty great campsite for boondocking near Denali on your way in or out of the park!

Other Free Camping Near Denali

In addition to the campsite that we stayed in, we scouted two other sites that were on BLM Land and seemed like potential options.

The first alternative free boondocking campsite near Denali that we found was on a dry creek or glacier path.  It wasn’t the prettiest site we’ve seen, but it wasn’t bad either.  The map is misleading on this one, as it is not a river with water in it, which is what we thought heading toward it!  It’s dried up, so it’s just a rocky area.  The site is also right off of the highway with not much privacy other than a few short bushes in the area.  There was little to no firewood.  There were 4-5 campsites in this area, although only one of them would be accessible to larger rigs (the first spot).  The other campsites would accommodate smaller, under 25-foot campers or campers with higher ground clearance.  This site is right off the highway and is just 20 minutes from Denali National Park.  We would’ve stayed in this one had we not found the site on Otto Lake Road.

The second alternative free boondocking campsite was also just off of the highway in a little green area on the outskirts of Healy.  It was grassy and overgrown and appeared that it was not used very often.  The road going into it was good, just a bit overgrown.  We drove the Fiat down it without any problems of ground clearance.  This campsite was a lot less exposed than the creek bed campsite.  It was down at the bottom of a hill in an area that seemed very deserted.  Down the road a bit is what appears to be a hunters’ cabin, but there was no one around when we drove past.  The campsite was on a separate entrance to the cabin, but a road does connect the two.  This seemed like a decent spot to camp for a night or two on your way in or out of Denali National Park, as it is just 20 minutes away from the Visitor’s Center.

Overall, we were happy with the number of alternative options we were able to locate around Denali.  Since there is very little information about the area available online, we were perplexed when we set out to find them.  Being able to provide some more information to boondockers who are hoping to visit the area is great, and we hope it helps others feel more confident that there are places out there to be found!  If you know of more places that we didn’t find, please let us know so we can share! 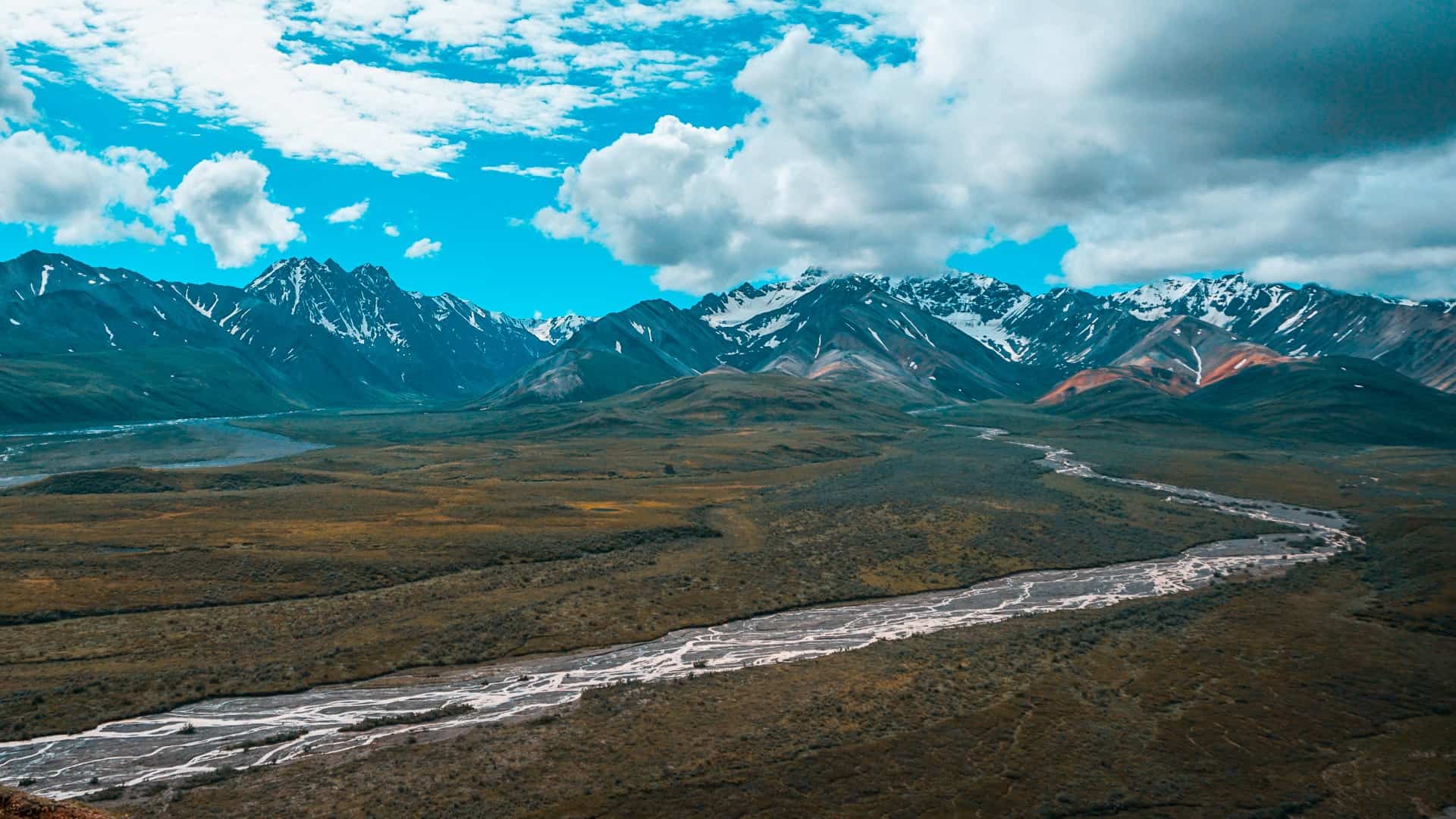 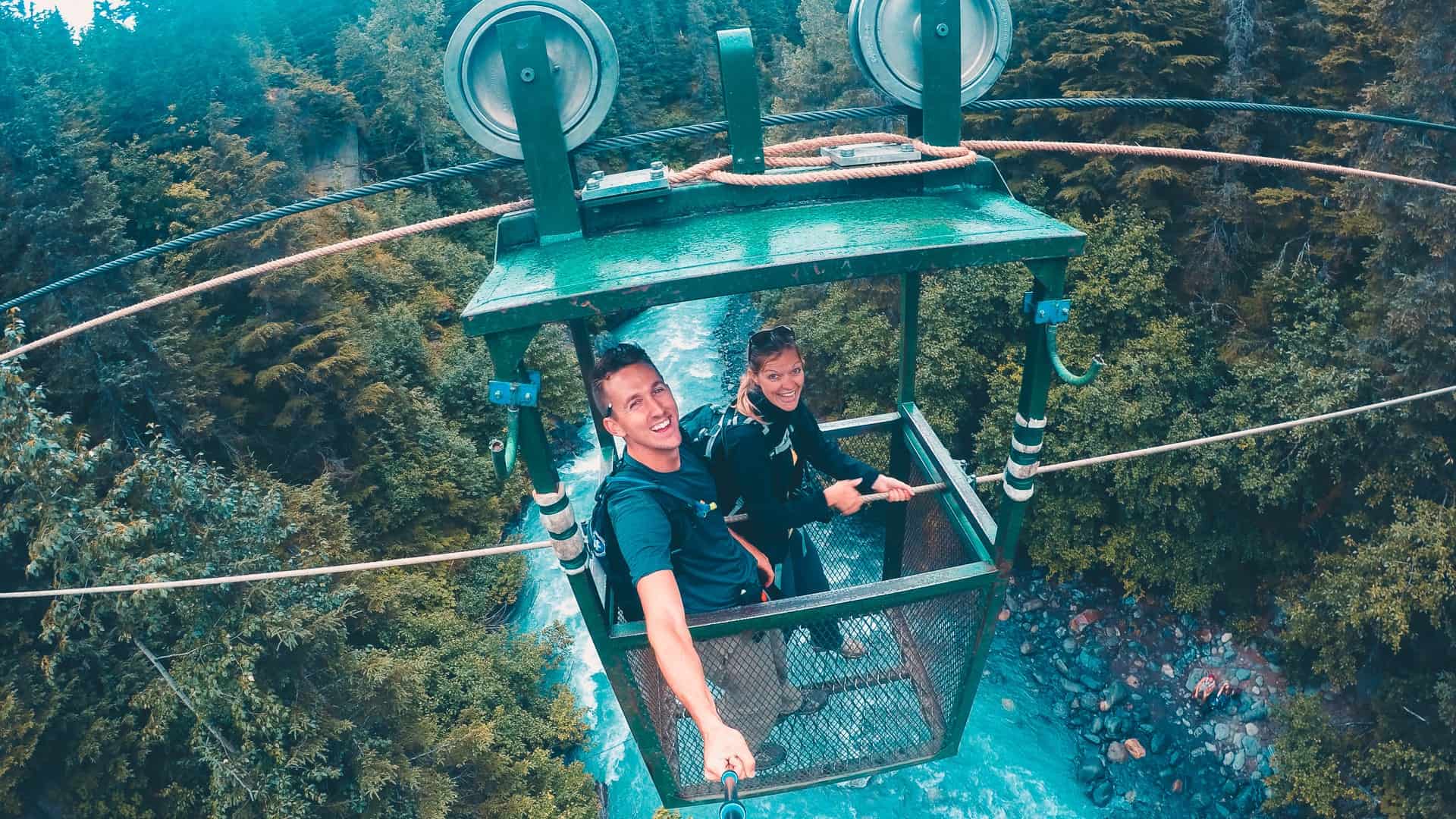 Thanks for the tip! We stayed in the Otto Lake location for 3 nights. There are actually two(2) good campsites at this location with about 75-100' separation between the two.

Thank you for the possible Denali boondocking spots! Our RV looks about as long as your coach and I've had trouble finding good possibilities from all of our usual camping apps, campendium, etc. We are headed there next week and hope to luck out with one of your locations. :) Happy Travels!

I'm glad you found them and I hope they are still available! Let us know if you are able to snag one :) And of course, enjoy Denali!